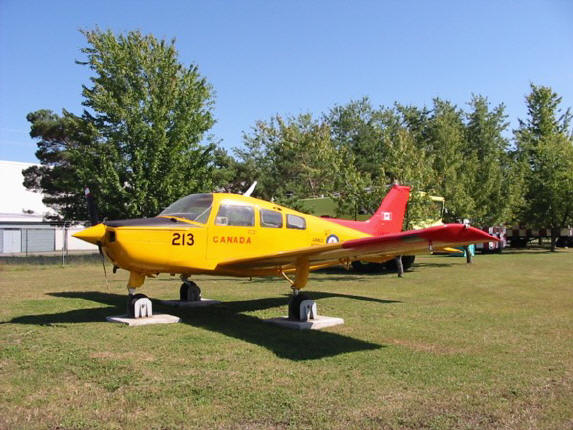 The Beech Model 23 was manufactured from 1961 until approximately 1980, under various names such as Sierra, Sundowner, Sport and Musketeer, to serve the market for a small, inexpensive private recreational aircraft.
Beechcraft Musketeer aircraft were first purchased by the Canadian Forces in 1970 to replace the capable but increasingly difficult to maintain Chipmunk ab-initio trainers. Although not an ideal aircraft for the role, the Musketeer served capably in the guise of a pilot selection vehicle and primary flying trainer. Derived from the stock civilian Beechcraft, the Canadian military models featured a second access door. In 1981, primarily due to structural problems, the original Musketeers were replaced by a newer, improved version based on the Sundowner. These later aircraft were designated CT-134A or Musketeer II in CF service.