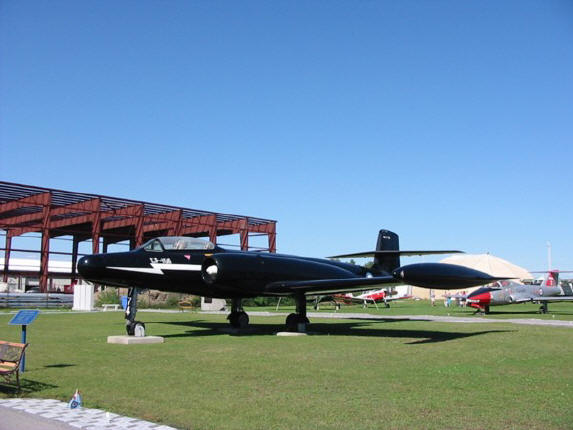 The RCAF named the CF-100 "Canuck", after the much earlier Curtis JN-4 Canuck trainer of the First World War. However, the name was never really accepted for the jet aircraft and the crews more often referred to the type as the Clunk’. The twin engine jet all-weather interceptor was all Canadian designed and built. The CF-100's good climb, excellent fire control and radar systems, twin engine reliability and all weather capability made the aircraft highly suitable for Canadian and NATO air defence roles of the Korean and Cold War eras.
Belgium also selected the design for its NATO forces. After a successful career in the RCAF/CF as a fighter, the aircraft type was later modified as an electronic countermeasures (ECM) trainer and was fitted with electronic ECM and chaff dispensing equipment. A black paint scheme was chosen by Avro for the prototype aircraft and to commemorate the type’s retirement, a Mark V aircraft was re-painted in this original colour scheme.