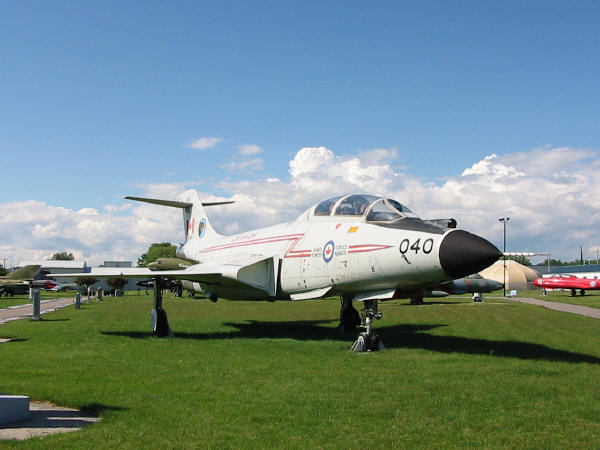 A formidable fighter aircraft, the McDonnell F-101 Voodoo was acquired by the RCAF, under some controversy. as a replacement for the CF-100 fleet in Air Defence Command. After the dramatic cancellation of the Canadian designed CF-105 Arrow aircraft just two years before, the nuclear capable CF-101 Voodoo and the Bomarc missile were acquired by RCAF in a deal with the United States.
As a supersonic, all-weather interceptor, the twin engine, two place Voodoo provided high speed, excellent climb performance and a very good combat radius and ceiling plus additional flexibility in replacing the CF-100. Used almost exclusively in the NORAD defence role, the aircraft type proved to be a safe and reliable weapons platform until replaced by the McDonnell Douglas CF-18 Hornet in the mid-eighties.