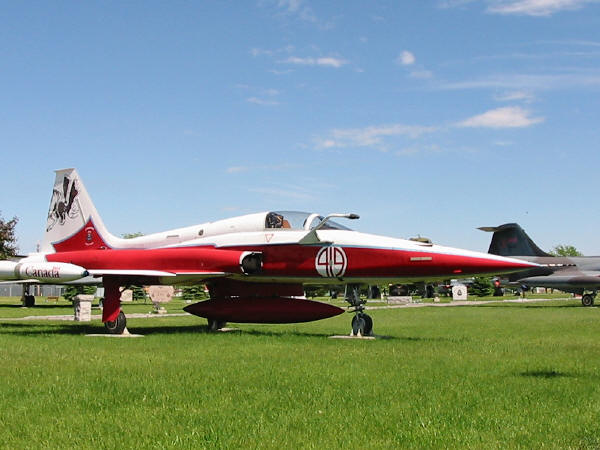 In July 1965, the Canadian government selected the F-5 lightweight fighter as the new tactical aircraft in the midst of a great degree of disdain. The F-5 had been designed as a cheap, throw away fighter for developing countries with limited technical expertise. For a country like Canada with a sophisticated aerospace industry, the aircraft selection was seen as a step backward. A substantial number of Canadian unique modifications were added to make the aircraft suitable and the aircraft was subsequently also adopted by the Dutch Air Force with further modifications.
The aircraft went on to provide yeoman service for the Canadian Air Force both in the tactical fighter and advanced jet training role. Its small size also made it a valuable adversary training aircraft in exercises. After being removed from front-line service, the aircraft became a lead-in fighter trainer for the CF-18 only to be retired after further extensive overhaul and avionics modification programs.