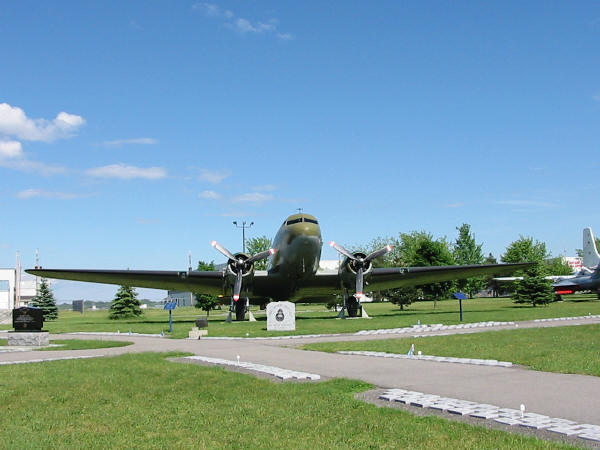 First flown on 17 December 1935 at Clover Field in Santa Monica, California, the Douglas DC-3 is arguably one of the most successful aircraft ever built. Designated "Dakota" or C-47 by RAF/RCAF, the aircraft was known by a wide variety of different names (Skytrain, Skytrooper, DAK, Goonie Bird) and different designations (DC3, C-47, C-53, R4D) in various services.
Highly adaptable, this transport aircraft could be fitted with skis or Jet Assisted Take Off (JATO) bottles. In the  RAF, RCAF and CF, it served in a wide variety of roles including flying the "Hump" missions in Burma during World War 2, postwar navigation, radio and radar training, along with other diverse tasking in target towing, transport, search and rescue duties.