The Story of The Halifax Bomber


Why is the Halifax so important a part of Canada's Air Force heritage?
Because 29,000 operational Halifax missions out of a total of 37,000 in World War 2 were flown by Canadian crews. We must always remember that  50,000 RCAF personnel served in Bomber Command, of whom 10,000 gave their lives. 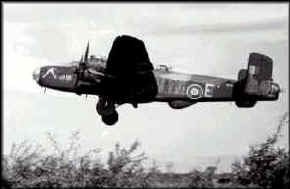 the story: Halifax A Mk VII aircraft number NA 337 was assigned to 644 Squadron of the RAF, on "Special Duties" work which included dropping  supplies to members of the anti-Nazi  Resistance groups in Europe. It was one of 6178 Halifax bombers flown by allied forces during the Second World War. Only three of these now remain!

The supplies usually consisted of  containers containing weapons, ammunition and explosives. The containers, about 15" in diameter and  60" long were carried in the bomb bays. One of  these container  was recovered from the NA337 drop site in Norway and is on display at the Museum.

The first reference to  NA337, in the 644 Squadron Operations Logs, is on March 24th, 1945, when the aircraft towed a General Aircraft "Hamilcar" glider, containing a Dodge truck and a 17 pounder gun, on the last great Airborne operation of World War II: "Operation Varsity", the massive airborne assault across the Rhine River into Germany.

In the late evening of April 23, 1945 . . . just 15 days before the end of World War 2 in Europe . . . NA 337 took off from RAF Station Tarrant Rushton in England, on a mission to drop supplies to the Norwegian Underground forces near Grue, Norway.

After a successful airdrop early the following morning, NA 337 started the return journey to England. Unfortunately its heading took it over an important  and well-protected bridge, at the southern end of Lake Mjosa, where it came under accurate fire from a German anti-aircraft (flak) installation.
A shell penetrated the starboard wing, igniting the fuel tank, and causing the two engines on that side to fail. Faced with no other alternative the pilot was forced to crash-land the aircraft in the lake.
The landing was rough but successful, and all of the crew of six managed to escape before it sank in 750 feet of  water. Sadly, because of the cold temperatures, only one person . . .  Flt Sgt Thomas Weightman,  the rear-gunner . . . managed to survive. About six hours  after the crash, he was found floating on an overturned dinghy.  Later he was taken by the Germans to Oslo to await transport  to a prison camp in Germany. Fortunately, before he was moved again, the war ended and he was repatriated to England.

For the next forty years NA 337 would lie in the icy depths of Lake Mjosa about two kilometres from shore . . . lost, but not entirely forgotten. Then, in the 1980s it was located by two Norwegians, Tore Marsoe and Rolf Liberg.  Marsoe, as a boy of sixteen,  had heard the aircraft crash in 1945, and had never lost interest in it. Together with Liberg, he finally located the aircraft in the mid-1980s. The news spread, but no further salvage action was taken until, in the 1990s, Karl Kjarsgaard, a Canadian Airlines pilot and Jeff Jeffery DFC a WW2 Halifax pilot, came up with a plan to  salvage and restore the aircraft.

As a result the Halifax Aircraft Association, with over three thousand members, was formed to provide impetus and seek funding and assistance for the project. On September 3, 1995, after a great deal of work by many dedicated individuals from Canada and Norway . . . and with Flt Sgt Weightman in attendance,  NA 337 finally broke the surface of Lake Mjosa again. Subsequently, it was taken by Canadian Forces Hercules aircraft from 8 Wing, Trenton to its final destination, the RCAF Memorial Museum.

HEADING HOME!  THE MOVE OF THE HALIFAX

Halifax NA 337 on arrival at Trenton

After the Second World War all of the remaining Halifax aircraft  were scrapped. Today, from a total of over 6000 which were built, only three remain, two of which are in England:  the first a composite rebuild which incorporates parts from other Halifaxes and another type of aircraft, the second preserved as a crashed aircraft, and now NA337 which  is the only  technically correct Mark 7 aircraft in the world. The majority of the restoration work on NA 337 was done by a highly skilled force of volunteers, including many veterans.  For more information on the aircraft please visit the Halifax NA337 page.

There are 23 pictures here which show different stages of the reconstruction work on the Halifax and its move into the new museum extension which was still under construction. They are in sequence from left to right and by row. Each one has a small title. Please click on the thumbnails to enlarge and then on your browsers back button to return to this page. 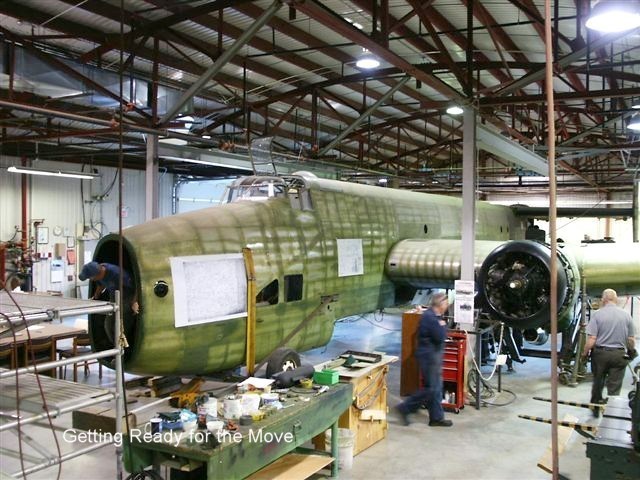 Now follow this link to view the Official Dedication Ceremony of the Reconstructed Halifax!