The 11th annual ceremony dedicating the "Ad Astra" stones, which now number over 8000,  took place on 30 September 2006 , the 75th Anniversary Year of the Opening of CFB Trenton, in the Air Park with approximately 2000 visitors in attendance.  Thirty-three pictures of the ceremony can be seen in the 'Slide Show below. Click on each 'thumbnail' shown, in turn, to enlarge them and then on the right arrow (twice if necessary) when you want to move on to the next one. 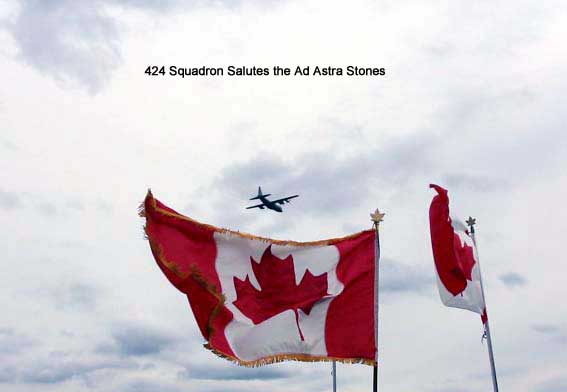